Get fresh music recommendations delivered to your inbox every Friday.

Pass It On ("Swing" Demo Version)

by A Band Called Paul 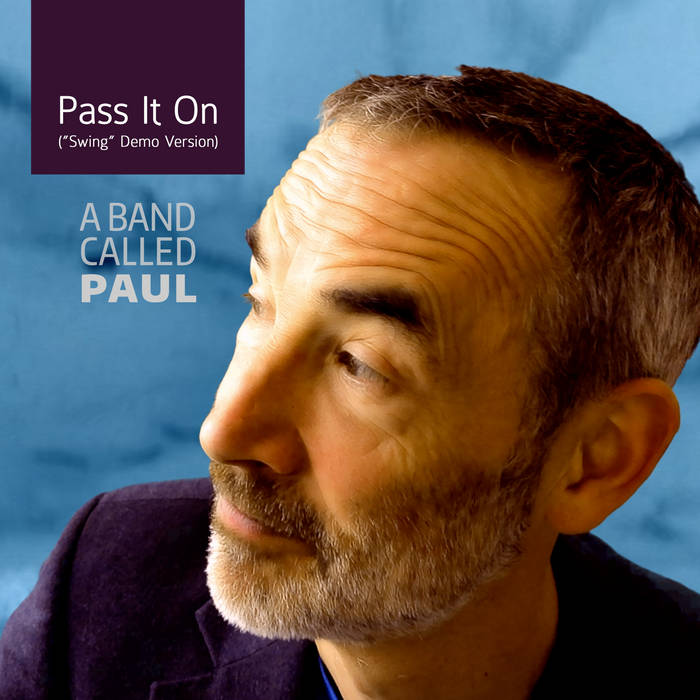 While rooting through the archives, we rediscovered this original demo version of the track "Pass It On" that appears on our debut album "Primero". It has a completely different feel and arrangement to the album version but we believe there's something a little bit special about it, so we felt compelled to tidy it up and release it. Hope you like it.

Some people get off on the strangest things
Some get off on money, some get up and sing
Some write stories and some call it "art"
And some will die broke of a broken heart

Some, I gotta tell you, they don't mean to be bad
Some will take you on the longest trip that you've had
Some people like the kinky stuff, even alone
Some will stay staring at the screen of their phone

Some get off preparing all the food that you eat
Some stay in bed and take a load off their feet
Some will try to play you, like you're part of their game
Some will live in fear and some remember your name

Some live through their children, some live at sea
Some are always smiling at the beauty they see
Some are out to get you, some will never care
And some believe the human race is going nowhere

Some people disappear in the blink of an eye
Some you can't get rid of, no matter how hard you try
Some are always chasing things that they'll never reach
But we will keep on singing 'til there's nothing left to teach

released May 13, 2021
Written, produced and performed by A Band Called Paul